Lesotho, a high-altitude, landlocked kingdom encircled by South Africa, is crisscrossed by a network of rivers and mountain ranges including the 3,500m-high peaks of Thabana Ntlenyana. On the Thaba Bosiu plateau, near Lesotho's capital, Maseru, are ruins dating from the 19th-century reign of King Moshoeshoe. Thaba Bosiu overlooks iconic Mt. Qiloane, an enduring symbol of the nation’s Basotho people. 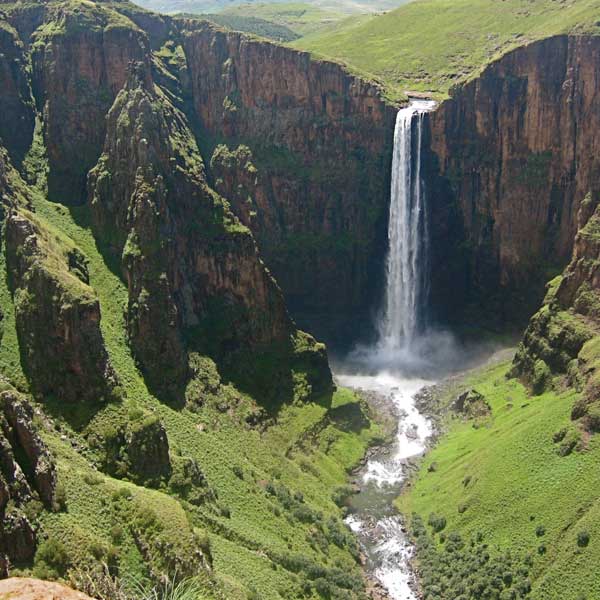 Maletsunyane Falls is a 192-metre-high (630 ft) waterfall in the Southern African country Lesotho. It is located near the town of Semonkong (Site of smoke), which also is named after the falls. The waterfall is on the Maletsunyane River and it falls from a ledge of Triassic-Jurassic basalt. 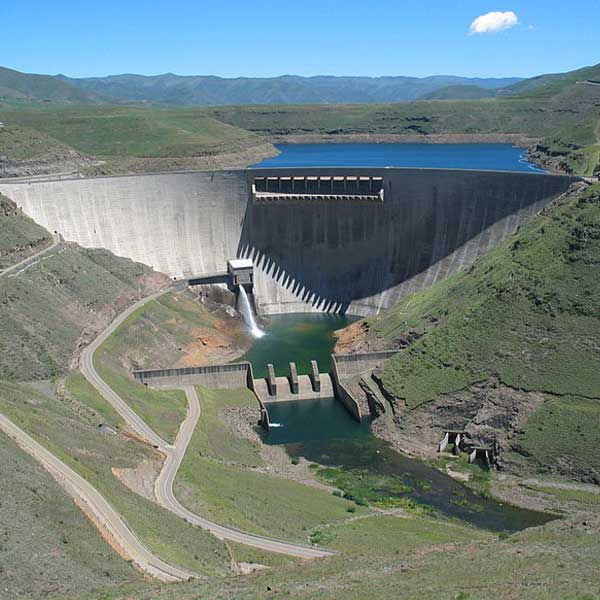 The Katse Dam, a concrete arch dam on the Malibamat'so River in Lesotho, is Africa's second largest dam. The dam is part of the Lesotho Highlands Water Project, which will eventually include five large dams in remote rural areas.